At a digital keynote address during their virtual Worldwide Developers Conference 2020 (WWDC20), Apple announced they will bring core HomeKit functionality to the Apple TV set-top box in the form of the Home app and related technologies on tvOS 14. Furthermore, during the same keynote address Apple also announced the forthcoming iOS 14 and iPadOS 14, which also gain more HomeKit and Home app functionality. Both tvOS 14, iOS 14, and iPadOS 14 will launch later in 2020.

While HomeKit has seen broad adoption since its 2016 release concurrent with iOS 10, Apple has essentially ignored the existence of one of the preeminent connected home ecosystem on Apple TV. That finally changes with the expected September release of tvOS 14, where HomeKit devices can be controlled directly from the Home app or through the Siri voice assistant.

Moreover, as the Home app launches on Apple TV, homeowners will gain on-screen controls for quick access to HomeKit scenes and cameras through Control Center, which makes its debut on tvOS 14 (see image at top of page, courtesy of Apple). A Home view in Control Center for connected accessories can appear as an overlay on top of the current Apple TV app, so you will not have to exit your favorite TV program or movie to control lights, answer the door, or activate a scene.

Picture-in-picture (PiP) functionality also debuts on tvOS 14. So, in the case of HomeKit security cameras, they can be viewed as a small PiP overlay or instantly switched to full screen. Siri voice commands can also be used to show the live feed from any HomeKit camera or doorbell at any time on the big screen.

While Apple did not specify hardware compatibility for tvOS 14, at a minimum it will run on Apple TV HD and Apple TV 4K.

Apple also announced more HomeKit features coming this fall for tvOS, iOS, and iPadOS. These include:

In his section of the digital keynote, Apple HomeKit senior engineer Yah Cason underscored Apple’s commitment to the Project Connected Home over IP alliance, where they are teaming up with Amazon, Google, and host of other companies to drive more interoperability between smart home accessories. The work was kicked off in December 2019, and Cason indicated the intent to open-source HomeKit, which should be a boon to homeowners and developers alike.

“Interoperability and ease of use are core to this effort,” said Cason. “Any accessory using HomeKit or the new standard will work incredibly well across all of your Apple devices and you control it all in the Home app, the most secure way to manage your smart home.” 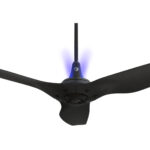