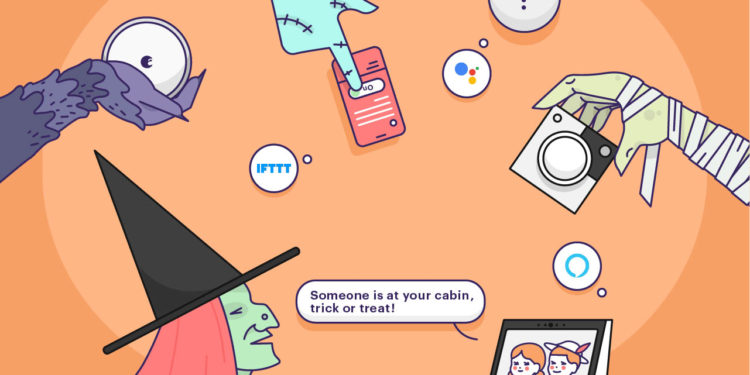 Adding to a repertoire of voice commands for its smart door locks, August Home has added a smart unlock feature for the Google Assistant. Designed to work with the August Smart Lock and Smart Lock Pro, the new integration pairs a voice command with a PIN security code to provide for hands-free unlocking. And they are perfect for opening your front door for trick-or-treaters on Halloween.

This addition to the August line of voice activation skills brings Google Assistant to parity with skills previously announced for the Amazon Alexa assistant on the company’s locks. Concurrently, August also released more skills for Google Assistant and Alexa, plus deeper If This Then That (IFTTT) integrations, for its Doorbell Cam Pro smart doorbell.

The integration with Google Assistant is also native, meaning the August lock will appear under the Locks icon in the Google Nest smart displays and other Google Home compatible displays, including those from Lenovo and Harman/JBL.

And with the latest version of the Google Home app on iOS and Android, the lock will also appear under the Locks icon on the home screen. So if you are more inclined to control your smart lock with on-screen taps, you can lock and unlock your August lock in that manner.

The Google and Amazon integrations for the August locks require the presence of either the August Connect Wi-Fi Bridge or Doorbell Cam Pro.

Another new feature with Google Assistant has been added for the August Doorbell Cam Pro. Once enabled through the Assistant app, Google Home devices can announce when visitors ring the doorbell. For example, the phrase “Someone is at the front door” can be annunciated by the Google Assistant—again, perfect for getting alerted to trick-or-treaters as they arrive on your doorstep.

At the same time, August has released more Alexa integrations for their smart doorbell. With Alexa, the assistant can announce the same “Someone is at the front door” phrase, and can also be configured with custom routines to do even more. For example, when someone approaches the door or rings the smart doorbell, Alexa can say a special phrase, play a specific song, or activate other smart devices based on the homeowner’s desired settings.

August already supported IFTTT automations for their smart locks, but has extended those skills to the Doorbell Cam Pro. Custom routines can be configured to launch IFTTT actions based on motion detection or pressing the doorbell button.